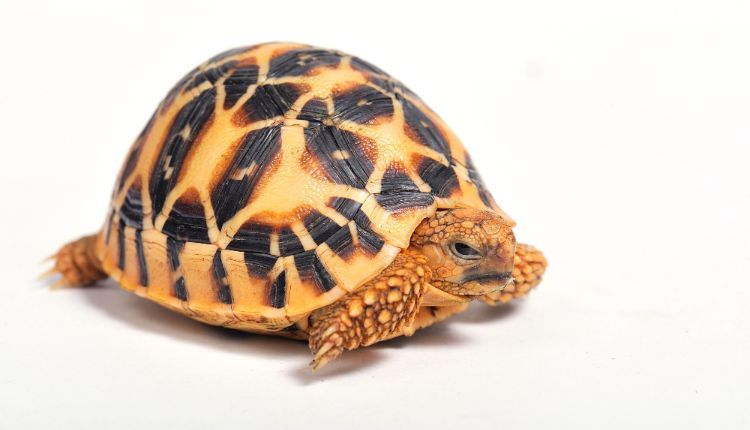 The Indian Star Tortoise is one of the most threatened species mostly found in dry areas and scrub forests. Their scientific name is “Geochelone elegans” situated in certain Asian countries like Sri Lanka, Pakistan, and India.

This tortoise is very famous among the exotic (rare or usual) pet trade. Due to this the species has become endangered. The Wildlife Trade Monitoring Network has seized 6040 species that were going to be sold in the pet trade, and this was a great contribution in helping to save this species.

Facts about the Indian Star Tortoise

Despite bearing the environmental conditions, the Indian star tortoise can live more than 78 years. The observed life span ranges from 30 to 80 years.

A tortoise must be placed outside the residence, especially an adult one. But if the environmental conditions or climate is not suitable for the tortoise then it can also be placed inside the home.

You can carry out the hatching process of these tortoises inside your residence because, in this way, the tortoise will stay protected from its predators.

Moreover, allow an individual to look after it in a better way, especially for his food and temperature in case you are not around when it’s just a baby.

According to a detailed observation, the optimum temperature for this tortoise is between 80 and 90 degrees Fahrenheit, but they can only handle the temperature between from 60 – 65 degrees for a period of time.

At night, if the temperature drops below 60 degrees, then it exceeds the bearing power of the tortoise. To overcome this, the tortoise should be placed inside to shield it from the cold.

The Indian star tortoise is one of the most famous tortoise species because of its size, personality, and appearance. The way you should look after the Indian star is almost similar to the Leopard tortoise.

Apparently, the tortoise has yellow radiating lines that are scattered over his back and divides the black colored base into certain segments. Collectively, because of its sharp colors and contrast, the tortoise seems much attractive and is pretty eye-catching.

As we know that they are not territorial, moreover, both the gender (males and females) can be kept together. They neither fight nor bite each other.

It is observed that females grow larger as compared to males. The recorded length of the female tortoise is round about 7 or 8 inches, and the male one grows only from 5 to 6 inches in length. Somehow, their length varies from area to area. The species that was observed in Sri Lanka was about 15 inches in length, and the male tortoise has the length of 8 to 9 inches.

According to the research, an Indian Star Tortoise grazes and feeds on a diverse variety of grasses as well as vegetables. Their diet must be contained on vegetables, fruit, greens, grasses, and pre packaged material that is rich in fiber and calcium as well.

Instead of several greens and grasses, you can also let your tortoise eat fruits, tomatoes, apples, papayas, honeydews, strawberries, grapes, bananas, and mangos, etc. For drinking purpose, a tortoise must be provided with a water dish, and that must be cleaned every day. Also, hatching may also require some water for soaking, once or twice in a week.

As we have discussed above that an Indian star tortoise can be a kept inside or outside enclosures. Because of the disparity in environmental conditions between inside and outside temperatures, it has an effect on their breeding.

During the warm and wet season, there is an increase in the breeding activity of the tortoise. In this way, the eggs are laid during the winter season. It is observed that in outdoor enclosures, tortoise lays eggs between the months of October and February.

But, if someone has an indoor enclosure, then there is no seasonal shift between the breeding season and the time when the tortoise lays eggs. In indoor enclosures, a tortoise can lay eggs in any month of the year.

As we all know that most of this species is traded all over the World, but this trade is the major reason for the declining rate of the Indian star tortoise. As we know most of the species require a particular environment, or they could die. This tortoise species is on its way to going extinct. In this regard, World Wildlife monitories’ have taken certain steps in an attempt to save the species.

The Indian Star Tortoise is one of the most attractive and beautiful species worldwide. Because of their beauty, people love to keep them. It is among the most expensive species as well as requires extreme care if one wants to keep them as pets.

What do you think of the Indian Star Tortoise? Have you seen one? Let us know in the comments below!