Can Turtles Live With Fish & Other Turtles?

Can turtles live with fish?

A lot goes into a turtle’s set up. The basics include the aquarium, heating and lighting, and filtration. Many turtle keepers also prefer to have a tank mate or two in the same enclosure as the pet turtle.

These tank mates can be other turtles, other reptiles, and even fish. Having a fish and a turtle in the same aquarium can be a gorgeous sight but this doesn’t always work.

This is down to the more carnivorous nature of freshwater turtles. Some turtles such as snapping turtles and map turtles are quite carnivorous and just can’t coexist with fish since they will actively hunt and feed on the fish.

However, regardless of this, there are many species of fishes and several species of turtles that can live peacefully in the same enclosure. Can turtles live with fish? The answer to this is ‘Yes and no, it all depends on the species.

Ensure that the turtle isn’t on a fish diet. If the turtle has been fed feeder guppies or feeder fish most of its life, it will be more inclined to prey on any other fish placed in the tank as it will view them as food. If the turtle is used to eating live fish, then it will be difficult to house it with a fish.

If you decide to pair a fish with a turtle, then you need to choose a turtle species that won’t actively hunt the fish in the aquarium. There are several species to consider.

These turtles are omnivorous and feed on both plants and animals. Juveniles and pre-adults are pretty carnivorous. However, adults are more herbivorous.

Adult males range from 5 to 9 inches while adult females can reach lengths of 12 to 13 inches. Adults generally coexist peacefully with large fishes. Similarly, juveniles are unable to hunt large fishes.

Check out the Red-eared Slider care guide for more on care.

They do not hunt fishes that are as large as they are. While the young painted turtles are primarily carnivorous, adults are generally herbivorous.

Check out the Western Painted Turtle care guide for more on care.

The pink belly sideneck turtle is another species that cohabitate with fish quite easily. These grow to be 5 to 10 inches.

As with the other turtles already mentioned, the pink belly sideneck turtle feed on small fish, insects, mollusks, crustaceans, and plant matter.

While small fish won’t survive in the aquarium with a pink belly sideneck turtle, fishes as large as the turtle can coexist with it.

Mud and musk turtles are considered to be among the best species to house with fishes as they are quite uninterested in hunting fish. Also, they are not good at hunting fish.

Even in the wild, these turtles are ambush predators and hide in the muddy bottom for slow-moving water waiting to ambush prey. Since these conditions don’t exist in tanks and aquariums, fish are quite safe around them.

Learn more about mud turtles here and you can see other musk turtle care guides on the turtle species page.

When choosing a fish for the aquarium, it is best to consider hearty fishes. This ensures that they can survive alongside the omnivorous turtle. Also, it’s a good idea to choose a large or fast fish. Fast fish are difficult to catch and turtles generally avoid hunting fishes that are as large as they are. Here are some fish species to consider.

They can grow up to 20 inches and as such are quite large. They are also quite fast and are well-protected by armor-like longitudinal rows of scutes that cover the upper parts of the head and body. They come in many delightful colors and patterns.

Another species to consider is the koi (Cyprinus rubrofuscus “koi”). These are colored variants of the species C. rubrofuscus and as such belong to the carp family. They are generally kept for decorative purposes in ponds and water gardens. Popular colorations include white, cream, black, blue, red, yellow, and orange. These fish can grow to be quite large, up to several feet. They are also swift strong swimmers.

The pictus catfish (Pimelodus pictus) is another fish generally housed alongside turtles. They are quick and speedy fish that can grow up to 5 inches. Turtle species have trouble catching them because of their speed. The pictus cat belongs to the catfish family Pimelodidae.

The neon tetra (Paracheirodon innesi) is another species popularly kept with turtles. They are brightly colored and speedy. When not fed properly, they will destroy plants in the tanks. They aren’t large, reaching just 1.2 inches in length. However, their lighting quick speed makes it near impossible for a turtle to catch.

The guppy is another species you can keep with turtles. There are many different breeds and some are quire colorfully and have large bushy tails. They aren’t that large and grow to ve 0.6 to 2.5 inches in length with the females being much larger than the males. Guppies are quick fish and turtles find them impossible to catch.

The rosy barb (Pethia conchonius) is another fish that does well with turtles. It is a fast fish and is readily available. Their colorful nature also adds to the aquarium. They grow to 6 inches.

Have a Large enclosure

If you wish to keep turtles and fish in the same enclosure then the tank needs to be large. This gives both the fish and the turtle enough room. A large tank is a must. I recommend a 5-foot long 80-gallon tank.

Feed the turtle before introducing the fish

You want to make sure that the turtle isn’t hungry when the fish is introduced. A well-fed turtle will be less shocked by the introduction of a fish, and will also be in a better mood. Feeding the turtle before introducing the fish ensures that the turtle doesn’t see the fish as food.

Adult turtles are the best tank mates for fish

As you may have realized, adult freshwater turtles are more herbivorous than juveniles are. As such, mature turtles are less likely to prey on any live fish in the tank as they eat more vegetables.

Different turtle species reach maturity at different larges and sizes. As such, you need to fo your research and know when you turtle matures.

Study the turtle’s reaction to the fish

The turtle may react to a new fish in several ways. It may leave the fish alone and not bother it or it may swim up to the fish and try to nip at it. If the turtle tries to nip at the fish or bother it incessantly, then you can’t house the fish with the turtle.

You’ll need to find the fish a new home or return it. However, if the turtle leaves the fish alone then it is okay to have the fish in the tank with the turtle.

Acclimatize the fish to the water

Start by floating the fish and the bag it came in in the tank. After about 5 minutes, add a bit of the tank’s water into the fish’s bag. After about 10 minutes, take out about half of the bag’s water and replace that with the water in the tank.

After another 5 to 20 mins, use a fish net to transfer the fish to its new home. Alternatively, you can carefully pour both the fish and the water into the turtle’s tank.

This gradual process allows the fish to adapt to the tank’s pH level, temperature, and so on.

Provide several hiding spots for both the fish and the turtle. This gives both the turtle and the fish space away from each other. A less stressed fish is a healthier fish. Hiding spots can also be decorative.

There are many reasons why you should not place turtles and fish in the same tank.

Actually, among many turtle species such as the red-eared slider, big turtles do eat smaller turtles. Adult turtles are known to feed on hatchlings. For this reason, it’s inadvisable to introduce hatchlings to a communal tank with adults. Keep all the baby turtles in a separate tank until they are big enough.

Can Betta Fish And Turtles Live Together?

The short answer is no. Aquatic turtles feed on fish. If the fish is small enough, then the turtle will see the fish as food. Betta fishes are quite small in nature and will be hunted incessantly.

Can frogs and turtles live together?

No, freshwater turtles feed on frogs in the wild. Similarly, frogs feed on turtles in the wild. The smaller of the two will most likely end up as a meal for the bigger as both animals are predators.

Even if both are of the same size, they will consider each other competition. The stressful nature of the arrangement and the ensuing squabbles will generally result in the death of one or the other. Can turtles and frogs live together? Only if you want to create a disaster.

Can Turtles Live Together?

This also answers the question, ‘Can two turtles live together?’ Yes. Turtles of the same species generally live peacefully together as long as they are all adults or all juveniles.

Freshwater turtles such as map turtles, musk and mud turtles, painted turtles, cooters, and sliders can all live together. Just make sure that the temperature requirements of the species in question are the same (or similar). With that being said territorial turtles such as snapping turtles, and softshell turtles cannot live with any other turtle.

If you want to house several turtles in the same tank, the tank must be large enough and have several hiding spots as well as a basking platform large enough to fit them all.

There is a lot to consider before placing a fish and a turtle in the same tank. It is important to remember that turtles are omnivores and do eat fish. Young turtles are also more carnivorous than adult turtles.

Also, turtles are more likely to hunt fish that are smaller than they are. As such, it’s best to go for large fish such as koi fish and suckerfish. Also, the enclosure needs to be large enough to accommodate both the turtle and the fish.

Make sure to provide several hiding spots for the fish. Regardless of all this, keep in mind that freshwater turtles are predatory and may still hunt and harass the fish. Some use goldfish as they can be easily replaced if the turtle ever feeds on it. If you have any comments, kindly leave them below. 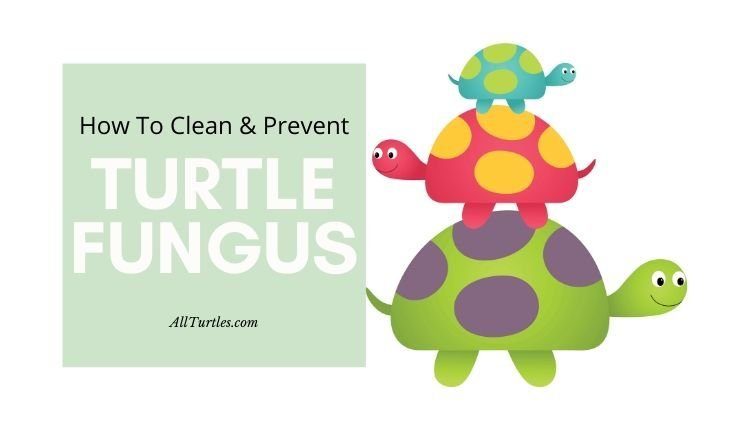 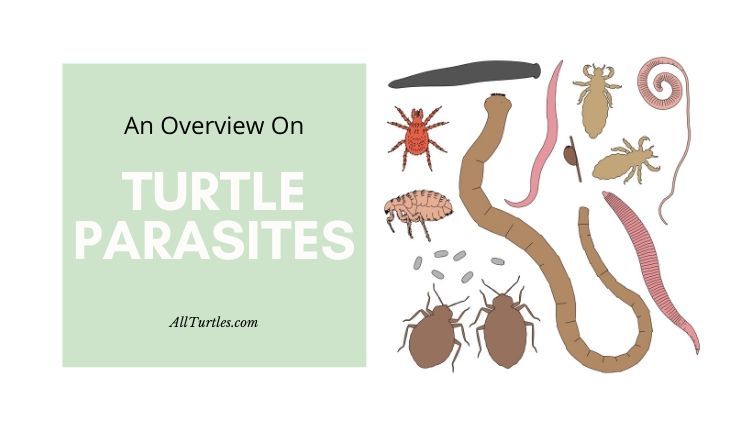