The western painted turtle is a subspecies of the painted turtle, and as the name suggests the turtles are painted with bright colors of red, yellow and olive on their neck, head, tail, legs and lower shell.

Below are some quick facts about the western painted turtle:

The black or olive green dark upper shell is in contrast with the colors present in other parts of the body making it exclusively beautiful. The upper shell or carapace is oval in shape and do not have a ridge in the middle of it, unlike other turtles.

It is also the largest of the other 3 subspecies of painted turtles ranging from 10-25 cm in length. They are aquatic animals and have webbed feet, which helps them when swimming underwater.

Where is the Western Painted Turtle found?

The western painted turtles are found in Canada and in the north/south western United States, including but not limited to Wisconsin, New Mexico, Missouri, Kansas, Indiana, and Arizona.

In British Columbia these species of painted turtle are found in some northern and southern parts like in Kamloops Lake, Okanagan Valley, Shuswap Lake, and the Nelson and Creston Area. These are also spotted in some parts of Fraser Valley.

Where do Western Painted Turtles live?

Western painted turtles are found near shallow streams, lakes and rivers. They live in wetland habitats especially near the margins of the water bodies.

These habitats are best suitable for the entire life cycle of the turtles including food, shelter, basking, protection from predators, and place for hibernation.

In winters you can easily find the western painted turtle hibernating inside the mud at the bottom of river or lakes. They also need inland nesting for laying eggs in a place that is free from vegetation. These habitats provide a suitable place to live their lives.

What do Western Painted Turtles eat?

They are more interested in feeding on shrimps, snails, minnows, guppies, earthworms, blood worms, crickets and tadpoles. If you are keeping them as pets you may also feed them with bits of cooked chicken and beef(on special occasions and not regularly).

As they enter adulthood they tend to prefer vegetation such as lettuce, kale leaves, water hyacinth, and duckweed. You may also feed them with fruits like apples, sweet potatoes, bananas, berries, carrots and kiwi fruits. There are a number of foods that can be purchase from online and local stores that are specific to your pet turtle.

There are few things to consider while feeding them yourself. The painted turtle diet should not contain foods that are not suitable for their consumption.

Spinach is not recommended as it may contain pesticides which may cause intestinal problems in the species. Moreover, feeding veggies with less nutritional value like iceberg lettuce will not help them in their development.

Feeding them continuously with cooked chicken and beef may cause harm to them as well, mixing it once in a while along with other food will aid in a change of taste and is acceptable.

So, the best answer to the question- what do painted turtles eat is; they are omnivorous and like to eat a little bit of everything required for their development.

As the seasons change and become warmer, the females are preparing for the mating season. In the month of June and July, they lay about 10-12 eggs. The size of the eggs is about 3 cm in length.

They make their nest inland a bit where it is free of vegetation and is up to 150 meters away from the water body. The nests are made usually in between dusk and dawn.

After laying eggs, the females seal the nest with soil and cover it with debris and loose vegetation to protect it from possible predators. The eggs generally hatch by the month of September and the little turtles stay in their nest until the following spring.

When young, the western painted turtle are vulnerable to predators. Any of the following could be predators to this species of turtle: garter snakes, skunks, chipmunks, raccoons, thirteen-lined ground and gray squirrels, crows, groundhogs, gray and red fox, badgers and even humans destroy their nests to eat their eggs.

After hatching they are so tiny that they become food for water bugs, bullfrogs, weasels, snapping turtles, bass, herons, snakes like copperheads, racers and water snakes, catfish, rice rats, raccoons, minks and muskrats.

When they grow into adults, their hard shell protects them from most of the predators though some may fell prey to animals like raccoons, alligators, ospreys, red-shouldered hawks, crows, and bald eagles. They include urinating, kicking, scratching and biting as defensive action towards predators.

Though a large number of western painted turtles are found in some places, it is listed as endangered species in coastal areas. Increasing human population is threatening the species to a large extent shrinking its habitat.

People often bring these wild species home and end up killing them due to starvation along with caring for them poorly. This drastically reduces their numbers. Nesting sites near roadways are often destroyed by passing vehicles. 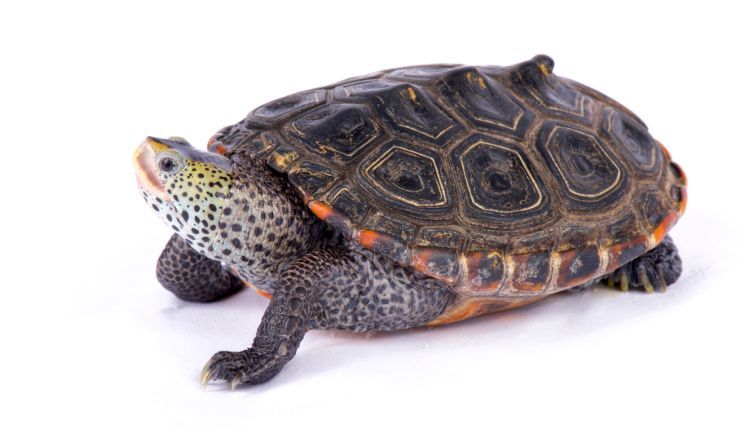 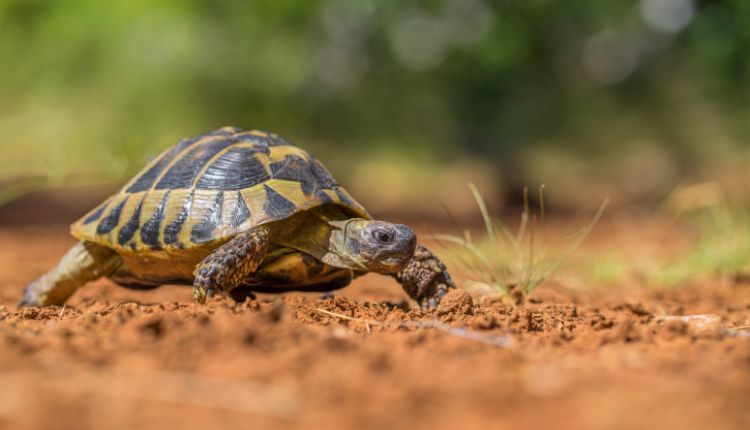 FYI, all of the turtles on thus page are Red-eared or Yellow-bellied Sliders, not Western Painted Turtles The red on the side if the head us a big give away and also the yellow colouring on the shell.

Thanks Chris! What a slip up on our side! I will get some new pics asap to swap them out. Really appreciate you letting us know!

I would adopt these turtles