By: Author Will Bruce

Today we are going to be talking about turtle poop. While it might sound gross keeping your eye on a pet turtle’s bowel movements is a great way to monitor its health and wellbeing.

Chelonians poop on a regular basis during their active months, and the consistency and appearance of it is reasonably reliable. Great news! This means that a change in any of these factors can be an early warning that something is up with your pet.

In fact, a reptile’s poop is an incredibly useful insight into what’s happening in their body. It can tell you a great deal, from how balanced their diet is, to whether they are suffering from a parasitic infection.

That said, it’s important to first get an idea of what is normal and what isn’t – so in this article we’ll cover what turtle or tortoise poop should look like, before into getting into the most common health problems that can be identified by a change.

How often should my turtle poop?

Baby tortoises and turtles poop more frequently than adults – usually every day. It is not normal for a hatchling to stop pooping for more than a day or so.

Animals over 4 inches (10cm) in shell length, on the other hand, will defecate less frequently – generally every 3 to 4 days. If they go every day, or less than once a week, this is a sign that something may be wrong.

These are broad guidelines, and some animals may vary slightly. Be sure to observe your pet over the years and make a mental note of its bowel habits.

If you think your turtle is not pooping often enough, check out the constipation section further down this article.

Tortoise poop should be brown to greenish brown, white or both. The consistency should be reasonably solid. For species that eat a lot of grass and hay, like the Sulcata Tortoise (Centrochelys sulcata), the poop may be fibrous and still have some pieces of husk in it.

This type of faeces may be dried solid when you find it. For smaller species, such as the Herman’s tortoise (Testudo hermanni), the faeces are often darker and less solid. In all species of tortoise there is a white component with most stools.

Aquatic turtle poop should be brown to greenish brown but without the white part. Only terrestrial turtles like the American Box Turtles (Terrapene spp.) should have the white component.

Again, the consistency should be reasonably solid, though this can be hard to determine when they poop in the water rather than on land. For the most part, turtle faeces in water do keep their shape, and look like oval, brown pellets.

The white component in chelonian faeces is in fact uric acid and is found in tortoise and terrestrial turtle poop. Reptiles produce uric acid in their urine (unlike mammals which produce urea), which when solidified has a white colour and is referred to as urate. Uric acid is a by-product of the body changing protein into a form it can use.

Uric acid precipitates into urate in the bladder and cloaca (check out the Turtle Prolapse article for more anatomy info) and is released when the animal defecates or urinates. The result is the white paste often seen in tortoise poop – though it can also be liquid, in which case it looks a lot like milk.

Aquatic turtles produce much less uric acid, and generally lack the white urates. This is because producing uric acid is an adaptation to drier environments – not usually a problem for aquatic animals!

White poop is completely normal for tortoises and terrestrial turtles.

How does a harmless creature like a small tortoise tell you its annoyed? I’ll give you one guess!

Some species will poop or pee on you to tell you they don’t want to be handled, or that they’ve had enough.

This poop is being passed earlier than it otherwise would and is often more liquid than the norm. In this case, the difference is nothing to worry about – but it is a sign of stress, and you should listen to your pet by leaving them alone for a while.

Changes to your pet’s poop can be a sign that a dietary imbalance, disease, or parasitic infection has set in. Let’s run through some common conditions and their symptoms before going into more detail about each one in the following sections.

Constipation is more common in tortoises and terrestrial turtles than aquatic turtles. The main thing here is to act fast and correct the problem as soon as it starts.

The best remedy for light constipation is a lukewarm bath once a day. This bath should never be too warm or too cool – around 80-90°F (27-32°C) and last for around 10 minutes.

The water depth should be shallow so that the animal is safe from drowning. I also recommend monitoring the water temperature throughout, especially for baby tortoises which are more fragile.

For large tortoises, adding Epsom salts to the water can help as this acts as a laxative if the animal drinks it.

Sometimes a bath can cure constipation from the first go – but I advise continuing them either once a day for baby animals or once a week for adults indefinitely.

Another measure that can prove successful is adding watermelon, pumpkin or mineral oil to the diet for a few days.

If the animal does not relieve itself after a week a veterinarian should be consulted.

Occasionally, constipation can be caused by bowel obstruction from eating gravel or substrate. Your vet will be able to determine this with an x-ray and decide on a treatment plan.

As a precaution, I prefer not to use gravel or small stones in the enclosures of voracious species like the Red Eared Slider.

A low fibre diet causes mild diarrhoea in tortoises. This is because these animals are herbivores and their digestive system has adapted to roughage, vegetable matter and hay – all of which contain fibre and help stools solidify.

The diarrhoea caused by a low fibre diet can also lead to other problems such as dehydration. Make sure your tortoise is getting enough fibre and that their diet matches that of their species in the wild as closely as possible.

Don’t forget, a lot of fruit is low in fibre and too much is not recommended for tortoises – even though some of them love it!

Turtles and tortoises must always have the correct amount and type of protein in their diet. Too much protein in an omnivorous turtle’s diet or regular animal protein in a tortoise’s diet can lead to excessive passing of urates, but also to shell pyramiding and bladder stones.

If your tortoise is passing a lot of urates, review its diet and be sure to cut out any animal protein.

For omnivorous turtles, make sure that the part of their diet that is made up of animal protein is not above 60% for a juvenile and 40% for an adult.

What about white, stringy poop? This can be a sign of intestinal parasites and always warrants a veterinary appointment.

The most common visible parasites in chelonian poop are roundworms (Ascarids). A good example of this group is Angusticaecum holopterum, which infects several European tortoise species (Testudo spp.) in the wild.

While we don’t have images of roundworms specifically from turtles, the below two images show what they look like in cats and dogs. The appearance is very similar in turtles.

Any parasitic worm infection will essentially steal food from your pet and lead to a decline in its health. Don’t forget that worms in poop might be dead, and some worms may only be present in pieces, like tapeworms for example.

For invisible worms, the main sign is usually persistent diarrhoea. If you see this symptom, or visible worms, book an appointment at the vets and take your pet’s most recent stool.

Many parasites are contracted through contaminated food. Serving food in a dish for tortoises and only serving captive-reared prey to turtles can help with prevention.

Protozoa are microscopic, unicellular animals that live in your turtle’s gut and environment. These might not sound scary but just because they’re microscopic, it doesn’t mean they aren’t big trouble!

Some types of protozoa are harmless to one species of turtle, but extremely dangerous to another. According to some sources, Entamoeba invadens, for example, is generally harmless to American Box Turtles (Terrapene spp.) but can be involved in fatal amoebic dysentery in Red Footed Tortoises (Chelonoidis carbonaria). This underlines the importance of quarantining new pets from others.

Many protozoa are commensal (harmless) unless allowed to reach high population numbers through poor hygiene. Strict hygiene measures for your pet can prevent a huge proportion of protozoa infections before they happen.

If this type of infection is present, diarrhoea will be persistent and severe. In this case, you must follow the same procedure as for parasites: get a stool sample to your vet as soon as possible.

Dark black poop is a bad sign and can mean that your pet’s gut has sustained damage. Usually, the cause is something indigestible or sharp having been swallowed.

Turtles love eating things they really shouldn’t. This is simply something they do and is probably down to curiosity. Your best bet is to check their enclosure regularly to make sure it is safe. Bits of glass, plastic and wood have all been eaten by pet turtles or tortoises and caused bowel perforations.

If your turtle’s poop is always a certain shade of brown, then one day suddenly changes to dark black, this could be a bowel perforation and is an emergency. Contact your vet without delay.

Your turtle’s poop is a great little health indicator. Make sure you know what is normal for your pet, and its species in general. By doing this, you can give yourself an early warning mechanism for any dietary or health issues that may affect them.

Sometimes a change to a turtle’s stools can be something simple like an imbalanced diet, in which case you can get advice from this website and its forum to correct the issue.

In other cases, a change can be a sign of something more serious, like a parasitic infection. If you suspect a condition such as this, then veterinary treatment will be the only realistic solution.

As always, remember that the key to preventing bowel problems is good husbandry. Hygiene, diet, quarantine of new arrivals, and above all research are extremely important! 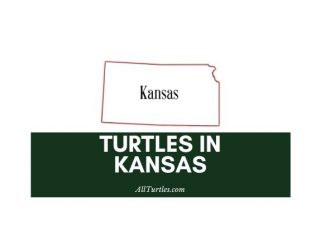 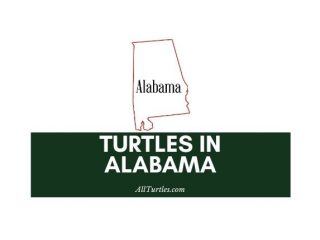